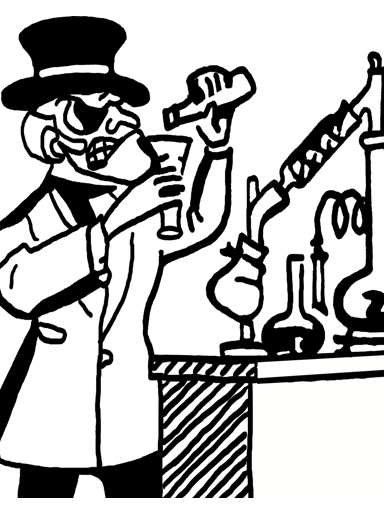 Dr. Stephen Stroupe began his career in biomedical research as a Chemistry major in Wake Forest University’s class of 1966. In 1972, Dr. Stroupe obtained his PhD in analytical biochemistry from Purdue University. After a postdoctoral fellowship at University of Louisville, he joined Abbott Laboratories in 1977.

Dr. Stroupe had a 30+ year career at Abbott, rising from researcher to department manager and honored research fellow. During that time, his scientific accomplishments demonstrated three defining aspects: leadership, productivity, and innovation.

Dr. Stroupe’s leadership is evidenced by his promotion from group member to department leader over six years, before age 40. He would use his leadership ability over the next 25 years, keeping Abbott’s research and development program at the cutting edge of biomedicine. During that time, he promoted a team-based approach to discovery and fostered inclusion by hiring diverse researchers, including women, at a time when white males dominated the field.

Dr. Stroupe’s productivity is demonstrated by his more than 30 peer-reviewed publications and 40 U.S. patents. As recognition of this productivity, he was honored in 1985 by induction as an inaugural member of Abbott’s Volwiler Society, a select group of research fellows. By retirement in 2011, he had reached the highest level within the Society, Distinguished Research Fellow, an honor bestowed upon only twelve members – Abbott currently has 90,000 employees – to date.

Perhaps the most impressive aspect of Dr. Stroupe’s career was the tangible result of his innovative research program. Dr. Stroupe was hired for his expertise in serum proteins and fluorescence techniques, which he used to develop a novel diagnostics platform, the TDx. In 1982, the TDx was the first instrument to leverage emerging computer technologies with immunochemistry for high-throughput fluorometric blood analyses. The TDx revolutionized analysis of the small-molecule composition of serum, replacing the unreliable enzyme-linked immunosorbent assays (ELISA’s) that were then state-of-the-art. The TDx was therefore at the vanguard of “molecular medicine”, even before that phrase was coined, and is still used 30+ years later. Moreover, its design principles were the basis for subsequent instruments. The TDx fundamentally changed the practice of analytical medicine, yet it represents only the early years of Dr. Stroupe’s career. Mid-career, Dr. Stroupe pioneered new directions for Abbott’s Diagnostics Division. In 1995 he launched and managed Abbott’s first molecular bioinformatics group, when bioinformatics was in its infancy. This group developed into a successful program to find and validate cancer biomarkers. In his later career, Dr. Stroupe changed gears again, founding and heading Abbott’s Clinical Proteomics group. These career shifts demonstrate his ability to master emerging technologies and mold them into powerful biomedical tools.

Since retirement, Dr. Stroupe has consulted for high-profile organizations including the Foundation for Innovative Diagnostics, a partner of the World Health Organization that specializes in diagnosing neglected diseases. He is also an avid bicyclist.

Thus, Dr. Stroupe’s early rise as a leader in a global health care company was marked by productive and innovative discoveries that established and shaped the direction of modern molecular medicine.