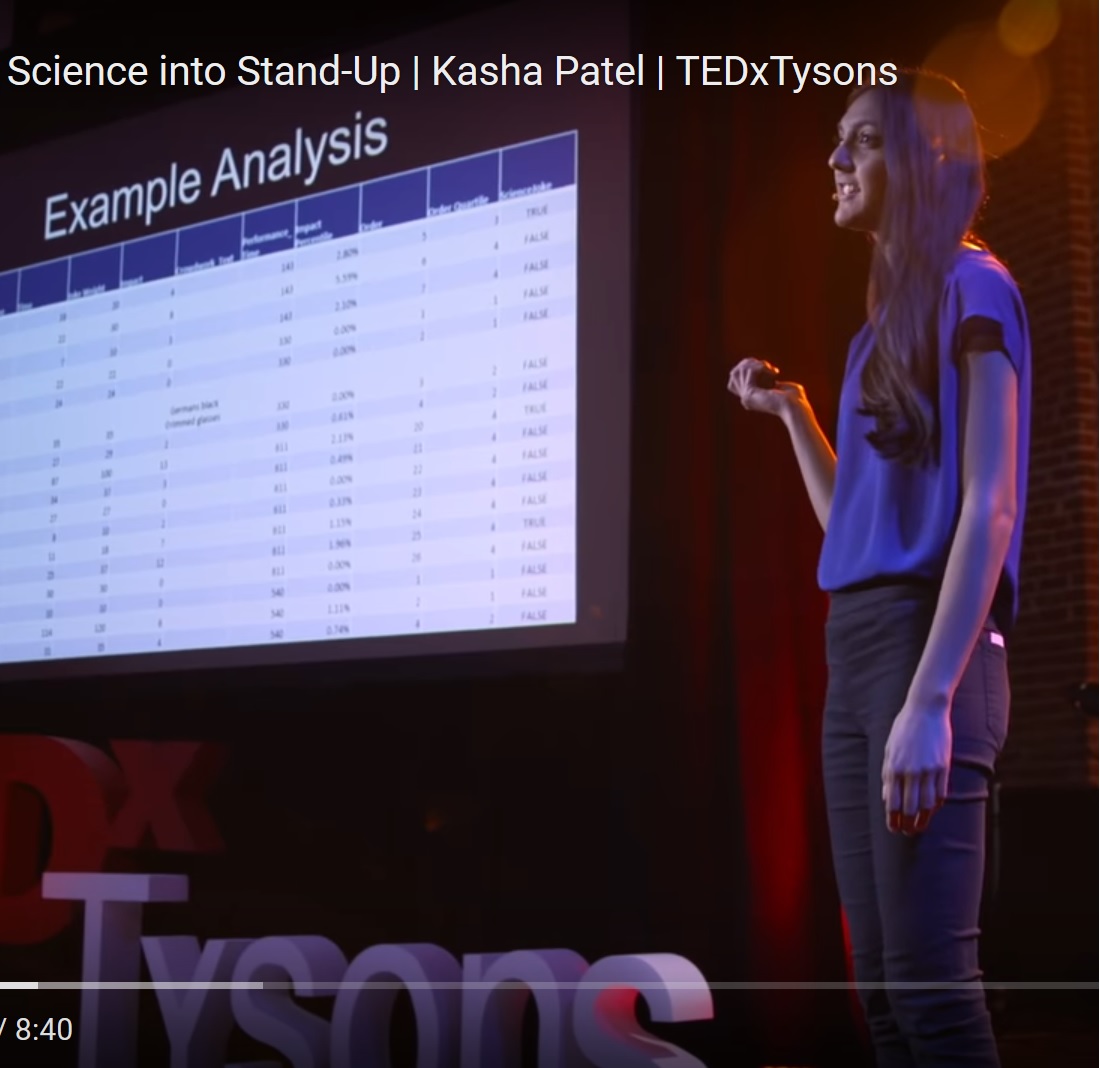 During Homecoming 2019, the Friends of Chemistry proudly announced that Ms. Kasha Patel (’12)  would be the recipient of the year’s Young Alumni Award.  She joins Erika Bechtold (2018), Cassidy Brown (2017), Kerry Pickin Paumi (2016) and Peter Tarsa (2015) in this list of impressive young Chemistry alumni.

Kasha graduated in 2012 with a major in Chemistry and minor in journalism.  During her senior year her career ambitions changed from medicine to journalism, as she worked for the Old Gold & Black and eventually for the WFU news team.

Kasha was able to maintain an interest in science even as she pursed journalism.  She went to BU to get a Master’s in Science Journalism.  While she was there she served as editor-in-chief for the science section of the Boston University News Service.

Since 2014 Kasha has been a science writer at NASA, where she prepares online media stories and videos. While at NASA she has provided media leadership on teams that have won 2  Robert H. Goddard Exceptional Achievement Awards for Science and Engineering, and she also won a Peer Recognition Award for helping create and host a NASA TV series.

Kasha has also been a host of podcasts on Undark, the online magazine exploring the intersection of science and society.

As impressive as it is that she has wonderfully merged her interests in science and journalism, another unique aspect to her career path is that she is also a stand-up comedian.  She was listed among Thrillist magazine’s “Top 50 Best Undiscovered Comedians in the US”  in 2018

She brings it all together in her TedX talk “Sneaking Science into Stand-Up – TedX Tyson.”  You can watch it on YouTube.   https://www.youtube.com/watch?v=Pu7yQIlJLUw&feature=youtu.be

“I think she’s a great example for our students of ways to translate science into both a career and a passion…and I love talking about her!”

We are all very proud of her.